Most of us have a Bucket List, whether we’ve written it out and had it laminated or keep a rough copy we constantly add to in our heads.

They typically include activities such as skydiving, swimming with dolphins and African safari’s.

But why not add one of these to your lists?

Okay, so we might be a bit biased, but these walls are magnificent man-made spectacles, or in fact slightly odd sites which have become hot spots for tourists – take a look for yourselves.

1.The Great Wall of China

Built back in the 14th Century, The Great Wall of China can even, according to some, be seen 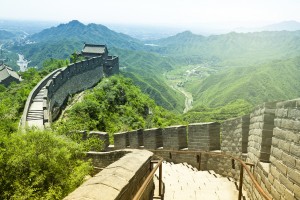 Stretching an astonishing 8,850 kilometres long the wall is built along an east-to-west line across historical northern boarders of China with the aim of protecting the Chinese Empire from attack of nomadic tribes.

Want to visit? There are many tourist spots along the wall including the most famous location of Badaling. For those of you who wish to steer clear of fellow tourists and stick to more rural routes head for the Huangyaguan and Shanhaiguan sections.

Dating back to AD 122 during the rule of Emperor Hadrian, the Romans built heavily defended forts across the country to control their newly won territory; Hadrian’s wall being the most famous.

Originally 73 miles in length a significant portion of the wall still exists. Expect not only one of the world’s most famous walls but world class archaeology, stunning landscapes, vibrant cities and rare wildlife, right here in the UK.

Also known as the Wailing Wall, you’ll find this magnificent structure at the famous religious site in Jerusalem. 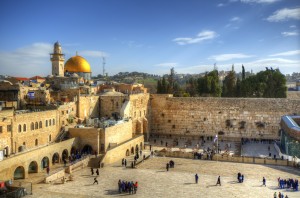 Construction began around 19BC by Herod the Great where the wall dates back to the end of the Second Temple period. Many believe that this was the Western Wall of the original temple and therefore it is widely recognised in Judaism as the sole remnants of the Holy Temple.

Although we wouldn’t jump at the chance of visiting this site in Seattle, we couldn’t resist sharing this slightly odd tourist attraction. If you do fancy it, we’d suggest you take along a bottle of hand sanitizer!

Construction on the Berlin Wall began not so long ago in 1961 at the peak of the Cold War. It was built in the middle of Berlin by East Germany to stop East Berliners escaping from the Soviet controlled state into the West. Nearly 3.6million had already left for the West, resulting in a country on the verge of both economic and political collapse.

Did you know that during its existence more than 5,000 people attempted to escape? That was until, in 1989 and the fall of the Soviet Union, hundreds of citizens began tearing it down the 155 kilometre structure.

There are still remnants in Berlin today, which are visited by thousands every year. However the City of Berlin acknowledges the wall in the form of a double row of cobblestones guiding you along 5.7km of the Wall’s course, whilst other sections are walking and cycling paths along the former border’s fortifications.

Built like a fortress high above sea level, the Sacsayhuaman Walls are a walled complex on the northern outskirts of the City of Cusco, Peru. 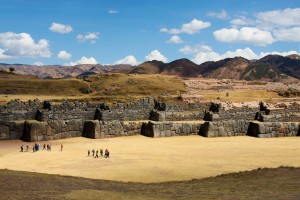 The former capital of the Inca Empire constructed the wall without the use of any mortar. Instead they crafted interlocking bolder shapes so intricately placed it is said you can’t even fit a single sheet of paper between the gaps.

Today the only remains are the outstanding outer walls constructed in a zig-zag like formation over three levels. Unfortunately in the 1500s when the Spanish conquered Cusco they began tearing down rocks to build their new city. Today only the stones that were too large to move remain.

Although not a structure with a wealth of history, the Lennon Wall has become a political symbol for many. After Lennon’s murder on 8th December 1980 an image of the Beatles star was painted on the wall in a secluded square in Prague. Political graffiti and Beatles lyrics soon followed as it became an important mark for Prague youth as most Western music was banned by the communists. Did you know some Czech musicians were even jailed for playing it?

Although whitewashed on more than a few occasions, visiting tourists still continue to make their own contribution to the political messages and images incorporating Beatles lyrics.

8.The Walls of Stone, Croatia

This series of walls were originally more than 7kilometres long designed as defence barrier around the City of Ston and Mali Ston. The two small communities need the line of defence for the City of Dubrovnik and to protect precious salt pans contributing to wealth. Dating back to the 15th century the wall contained 40 towers and 5 fortresses making it the second largest wall in Europe.

9.The Walls of Troy, Turkey

Forget the Hollywood blockbuster, the ancient Walls of Troy are the real spectacle here dating back to 13BC. 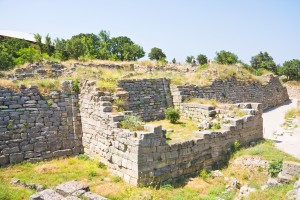 The city is steeped in both history and legend as the setting for Homer’s Iliad – an ancient Greek epic poem – in which he recounts the Trojan War.

As described in the poem, Troy was a ‘well-founded…strong built…and well- walled’ location, where archaeologists have now identified a once large and prosperous city.

As you can imagine, the ancient walls must have been built with incredible precision and strength to not only withstand a ten-year siege but to still be largely intact today.

For any keen readers, this wall is a spectacle of fiction, myth, ancient tales and much more. The visualised concept in a library in Stockholm was rendered by a team of students.

Although, currently just a concept the design will add to building which so perfectly expresses what it is all about as it appears as though the walls are made by the books themselves.